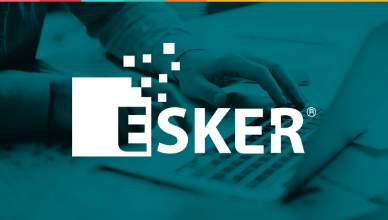 In 1985, Esker was just another startup eager to establish a name for itself in a burgeoning sea of tech innovators. Back then, the company was focused on software consulting and began developing emulations and host access solutions shortly thereafter. But a lot can change in 30+ years. And it has. Esker has since gone on to become a global leader in cloud-based, AI-driven automation solutions that span the entire cash conversion cycle. Think you know everything there is to know about our company? Let’s put it to the test.

Here are five fast facts about Esker that even some of our most longstanding customers and employees may not know.

1) “Esker” is actually an acronym.

Black and white version of one of Esker’s early logos featuring the now defunct tagline, “Making Open Systems a Reality.”

When I tell people that I work for Esker, it’s not uncommon to hear a response along the lines of, “So, what does ‘Esker’ mean, exactly … does that stand for something?” Actually, yes. Yes it does.

The name Esker is an acronym derived from European Software Kernel. As geeky and esoteric as that sounds, its origin is fairly straightforward. A kernel is the central module of a computer’s operating system that connects the system hardware to the solution software. And, as stated previously, consulting on and providing host access software (to help PCs connect to mainframe computers) was Esker’s bread and butter in those early years. Lastly, Esker started out as strictly a European company, founded in Lyon, France, by Jean-Michel Bérard, our current CEO. Thus, European Software Kernel was born, shortened to Esker, and the rest is history.

2) We share our name with an ancient glacial landform. 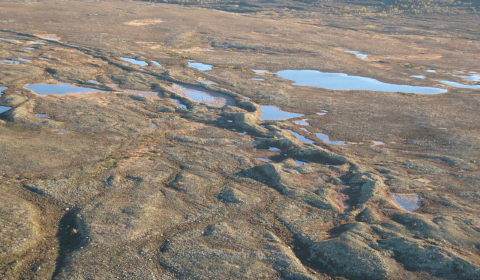 It’s true. If you were to Google its dictionary definition, you may be surprised to learn that an “esker” is not a software company at all … at least not in geological terms.

In this case, an esker — note the lowercase “e” — is defined as “a long ridge of gravel and other sediment, typically having a winding course.” It’s argued that most eskers were formed from deposits of meltwater from a retreating glacier or ice sheet. Areas of Canada, Ireland and Sweden feature notable eskers, while in the U.S., Maine is generally considered the go-to location to catch a glimpse of these ancient glacial landforms.

3) Esker’s worldwide HQ is located in the “world capital of gastronomy.” 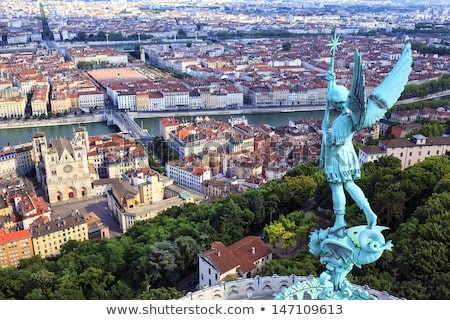 Famous view of Lyon from the top of Notre Dame de Fourviere.

France as a whole is revered for its culinary specialties, but there is a special place in foodies’ hearts for Lyon, the beautifully sprawling and historical city located in France’s Auvergne-Rhône-Alpes region. And lucky for us, Lyon just so happens to be where Esker was founded and the home to our worldwide headquarters.

Lyon’s unofficial title as “word capital of gastronomy” can be traced all the way back to 1935 when renowned French food critic, Curnonsky — fittingly dubbed the Prince of Gastronomy — famously bestowed the city with the flattering description. Eighty years later, the tag still sticks. From its legendary Michelin-starred chefs like Paul Bocuse to its modest bouchons and impressive outdoor markets, there are many reasons why Lyon continues to live up to its name.

4) In Madison, before Esker, there was Persoft. 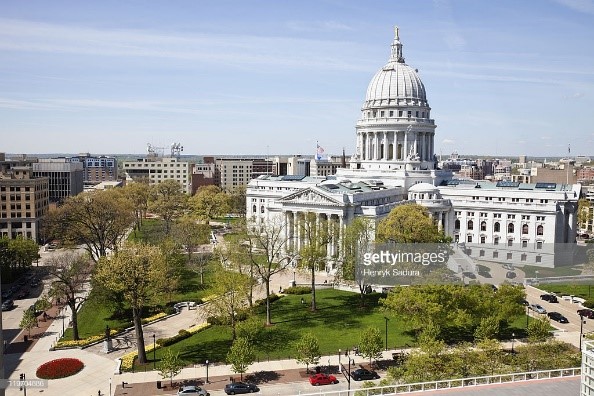 A view of the Wisconsin State Capitol in Madison.

In the mid-to-late 90s, equipped with its terminal emulation and host access solutions (which are still offered, btw), Esker had made some inroads into the U.S. market with a presence in both California and Oklahoma. However, it wasn’t until 1999 that its U.S. identity started establishing firmer roots. That’s the year that Esker acquired Persoft Inc., a Madison-based PC-to-host and Web-to-host connectivity solution provider. At the time, the merger was considered the best of both companies’ products and geographic strengths. It would seem that the prediction turned out to be quite accurate.

Today, Madison is home to Esker’s U.S. headquarters and is responsible for over 40% of company revenue. Well, technically, our headquarters used to be Madison. Following Esker’s “big move” in late 2016, when we moved just a few miles down the road, our address is now, technically, Middleton. Either way, we’ll always consider Madison home.

5) Esker just opened up its 13 country location in Hong Kong. 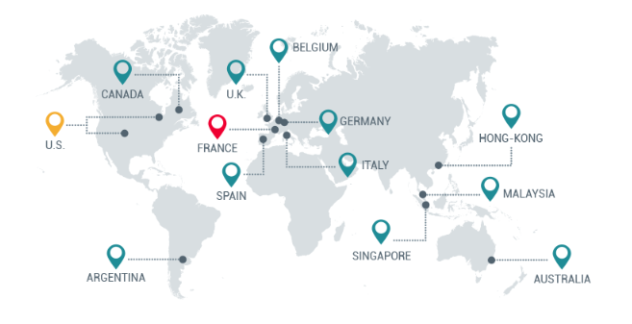 A snapshot of Esker’s worldwide presence.

Esker’s DNA has always been one of a growing global company. That’s why we’re proud to be one of the few mid-sized French companies to achieve international success. The most recent example of this was in September 2018 when we announced our new Hong Kong subsidiary.

And, as Esker continues to expand internationally, our employee base is following suit. In just four years, we’ve nearly doubled the number of employees worldwide, going from 320 in 2014 to over 550 today.