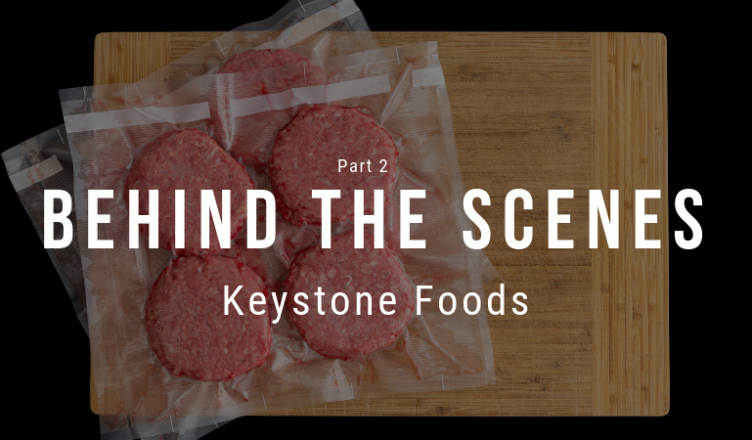 We continue our conversation with Phil Chandler from Keystone Foods about his Esker experience. If you missed Part 1, you can find it here. Please note that this has been edited and condensed for clarity.

Esker: Can you tell us a little bit about the implementation process you had?

Phil: The Esker team was great as far as being able to give us ideas about what we could do first — get the “low hanging fruit”, so to speak, and do archive only as our first phase. They’ve done a great job as far as keeping us on track. We had our requirements gathering meeting during a two or three-day period, and it was extremely productive. We knew what we wanted and what we needed to do to get there.

We wanted “the pie in sky”. I forgot the total number of user stories or requirements that we had, but we implemented 61 of those. We prioritized those as a “need to have”, “maybe need to have”, “maybe not so much”, “maybe there’s a work around for it”, and then a “nice to have”. Over the period of the three days, we did a lot of soul searching and trying to understand what exactly we needed.

And the Esker team, anytime we got to “the pie in the sky”, they reined us back in. They were really professional. They were great about giving us other viable options. In the meantime, they could continue to work towards doing the full integration of the system.

I’ve done several system implementations, and the Esker team was by far the most professional, most organized and easiest to work with of any of the teams I’ve ever worked with. It was the best project I’ve ever worked on, and it’s been well-received here at Keystone.

Esker: So since implementation, what benefits have you and Keystone achieved as a result of using the system?

Phil: Well, I’ve told many people I feel like the blind man that said, “I can see, I can see!” I can look into the system and tell where the problems are coming from and where those who are excelling are truly excelling. I manage the team better based on KPIs that I get from the system, such as who’s posting the most invoices. That tells me that they have done everything they can do on the invoice, it’s ready to pay and they’re posting it to Oracle. They’re the ones who are knocking it out of the park, and I can set goals around that.

I can also see those who need help. I was working with Jairus, on the customer experience team, on a report earlier this past week. The fact that I can call those guys up and say, “Hey, can I get this metric or this report?” And they’re like, “Yeah, sure.” That’s been a positive experience too.

Anyway, it was a report to help me identify the average number of invoices that a user is posting and how long it takes them to post an invoice — from the time it comes into Esker until the time they hit “post”. So, for one division that has two people on it, their numbers are on the high end of the number of days it takes to post that invoice. But they’re both doing a good job as far as the number of invoices that they’re posting, so that tells me that they’re overloaded. It’s given me a lot of analytical data that I can turn into useful information for managing my team — and that’s just one example.

Esker: You mentioned you really didn’t have clear visibility prior to automation. Has your team’s performance improved since rolling Esker out?

Phil: I would say so. I get fewer calls from the vendors, and my phone rings much less than it used to. If a vendor calls and says, “You’re not paying me fast enough,” I go in and run the average time to process this vendor’s invoices, see that their terms are net 30 and that we’re processing within 6-10 days. Then, I can go back to them and say, “I’m sorry, you have to come up with a different reason. There’s probably something wrong with the invoices.” And when I go in and look, 9 times out of 10, there is a problem with their invoice. Esker lets me pinpoint where and what those issues are.

Esker: So, about how many invoices are you guys processing in a given month? What’s a good kind of snapshot in terms of volume that you’re having to deal with?

Phil: Yeah, since we’ve implemented Esker, we’ve got approximately 281,000 documents in the system in the past year. We process anywhere from 12,000–18,000 documents per month, and I have a team of 12 people that process those invoices. We have a handful of others that process maybe 1,000 of those that do not directly report to me but have a dotted line to me.

Esker: Would you say that you’ve seen an improved quality of work for the experience of your team?

Phil: Yes, the first day of using the system. I mentioned before that it sounded like an assembly line out there, right? The reduction of noise level was incredible, and I am seeing that the system is learning more, automating and picking up information from the invoice forms. More regularly, I am seeing that they are able to process more documents.

One of the best things about the system that everybody loves is that they don’t have to ask someone for a copy of the invoice (although they still do a lot of the times). But we can literally pull it up within seconds and send it to them as opposed to minutes, or even days, depending on where the hard copy of the invoice would have been — if it was off-site, in storage, and so forth.