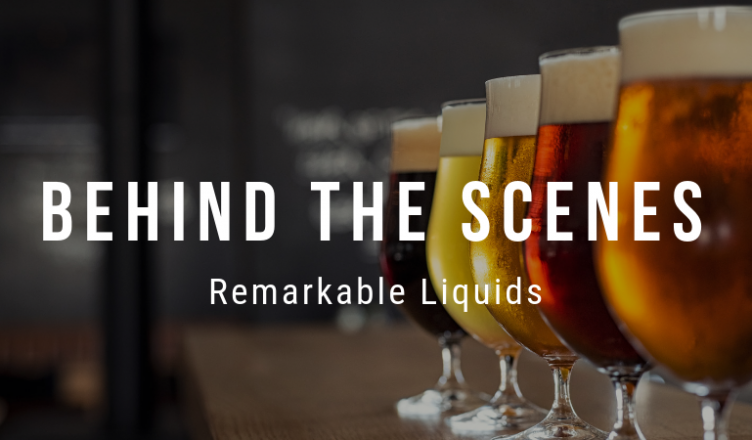 We recently published a case study with Remarkable Liquids after speaking with VP of Execution Jason and Project Manager Mac Deaar about their use of TermSync, Esker’s collections management tool. Below is an edited and condensed version of our conversation.

Esker: Let’s start off with a bit of background; what does Remarkable Liquids do, and what do you both do at the company?

Jason: We’re a craft beer distributor. We distribute to all of New York state and also New Jersey. We distribute craft beers, ciders and even things like mead. I’m the vice-president of execution and oversee all the human resources function and the office staff.

Mac: I’m a project manager. I handle various things like reporting to New York state for past due accounts, anything with state liquor authority, and compliance.

Esker: Great. What particular challenges did you experience that led you to look for an automation solution like Esker?

Jason: There’s a New York state rolling calendar where if beer is sold in a two-week period of time, it’s due on a certain day. But if you buy beer between X date and Y date, it’s due on Z date. If they don’t pay by that date, then we report them to New York state and all distributors (including ourselves) are prohibited from delivering without collecting COD (cash on delivery).

Mac: For accounts reported by any distributor for a past due invoice over a certain amount of time, no distributor in the state can deliver to that account without that delivery being paid COD.

Jason: So a lot of it came down to collecting payments in a timely fashion. This [Esker] gives our customers an option to pay quickly and on time. Customers can see their own account and check their past due invoices. It also frees up our sales reps from having to waste time running around collecting checks and whatnot. It’s another way for us to not have to deal with the old “the check is in the mail” excuse.

Jason: As a small, young company, accounts receivable is hugely important. We knew that our time to get receivables into the bank was longer than we were comfortable with. So this also was to help us speed up payment.

Esker: And how has Esker been able to address that challenge?

Mac: It allows us to get the payment on time. Esker has helped us build reports on who to send. We actually use it to send messages to customers through the collections management tool.

Jason: VIP [an ERP system] and Esker are able to work together to understand when people are being reported, when they need to pay, and the payment amount. The files flow through so that they show up when they’re paid via Esker. They’re going to show up in VIP within a fairly short period of time on our AR system.

Jason: We’re also really pushing it with our sales team. Like I said, we don’t want them wasting time running around picking up checks. The AutoPay feature allows us to be pretty much insured that we’re going to get payment. We’re definitely seeing a steady amount of growth in additional Esker customers each month.

Esker: Could you tell us a little bit more about your experience with the AutoPay feature and how that’s changed your AR process?

Mac: It’s really great from the perspective that the sales reps no longer have to deal with that account for payment. It completely removes it from their responsibility, meaning all the sales reps have to deal with is placing the order. We no longer have to track that account down for payment. Once they’re on AutoPay, it’s great for us. That really speeds up the process.

Jason: Even though we’re a small company, our territories are large. Compared to other distributors that have been around for many years, we don’t have nearly as many sales reps. We have to ask them to do more, and tracking down payments is not a fun part of the job. If we get somebody on to AutoPay, it’s no longer something that we need to worry about (as opposed to tracking them down, making a plan, and communicating that with the office). So that’s great.

Mac: The majority of customers that sign up actually do it on their own. I would say that very few sign up because we tell them they should. They just sign up initially when they’re coming on as new customers, or they’ll see the AutoPay button in an email.

Jason: I think the ease of allowing customers to sign up, I mean, just having to click on an email — it’s a simple process to get started, and it’s been helpful. Our customers don’t want to have a complicated process. They want to simply understand what it is and what they need to do to make it happen.

With the efficiencies that Remarkable Liquids has gained through features like AutoPay and payment reminders, its lean sales team is able to better focus their attention on what they do best: securing new customers and contributing to the growth of the company. Along with seeing on-time payments increase and providing a better experience for its customers, Remarkable Liquids has also seen a reduction in DSO and has collected more than $3.4 million through its Esker solution.

For a quick overview on the things we talked about here, check out the full case study.