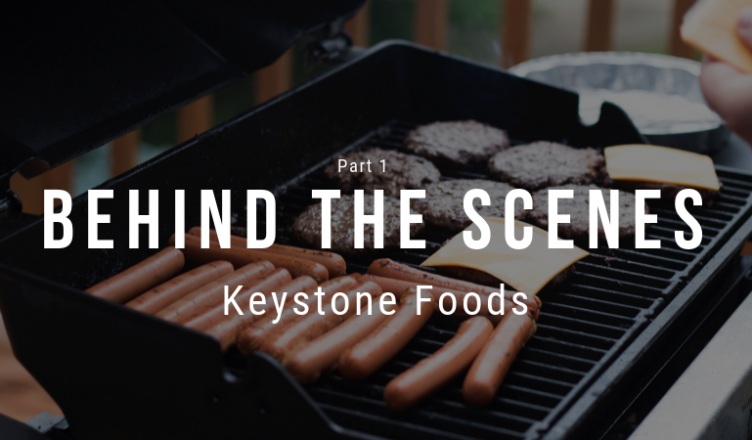 We recently published a case study with Keystone Foods after talking with Division Accounting Manager Phil Chandler. Below is an edited and condensed version of the conversation we had with him, broken up into two parts. In Part 1, we talk about what led Phil to look for an automated solution and how he went about that process.

Esker: Thanks for speaking with us today, Phil. Let’s start off by hearing a bit of your background; what does Keystone Foods do, how you came to work at Keystone and what you do at the organization.

Phil: Sure. Keystone has been in business since the 1960’s. We developed alongside Mcdonald’s as cold storage for their beef patties and so forth and eventually got into poultry. We were the ones that invented the chicken McNugget for Mcdonald’s.

I came from Deloitte and was hired at Keystone about three years ago to review the overall procure-to-pay process and see where we could streamline some of those processes and build in efficiencies. I’m a division accounting manager, which is just under the director-level. I report to the director because I have a lot of people report to me.

Esker: Got it. What is your IT environment like in general?

Phil: Our source of record is Oracle for now, but we eventually will move over to SAP. We really had no other systems outside of that except for purchasing systems. All the systems talk to each other in one form or another with integration into Taulia’s supplier portal. That was primarily for supplier PO confirmations, supplier invoicing and statuses, and the supply chain financing aspect. And like I said, all those talk to each other; the supplier portal funnels the invoices directly into Esker and routes those based on a zip code so that we get it to the right processing buckets.

Esker: And can you tell us about the manual process that you had in place before you chose to use Esker?

Phil: So, invoices would come to us by mail, and we have individual mailboxes for each of the locations. We’d also get them by email, but they would be to a personal email account. Then, the team would have to go print those out. Once they printed them out for the day (all of their invoices that had come in by email), they would bring them over to their desk, put them into bins sorted by letters, date stamp them, pull them apart and so forth. They’d get information from various places and would have to put those together, then enter those into Oracle manually.

My main focus for the first two years [at Keystone] was to build a business case around the need for the imaging document management system because we were printing out about a 160,000 sheets of paper per month. Sometimes you’d find an invoice in someone’s desk drawer that the vendor had been calling about, and people are wondering where it is and why it hasn’t been paid. We really had no insight into the process that was going on with those problem invoices.

My team alone had boxes and file cabinets lining all the hallways here at the US operations office because we were in perpetual audit with all the different states, state taxing authorities and so forth. So, we had to keep a lot of records on site, which kind of defeated the purpose of having off-site storage. It was cumbersome! They were spending about four hours a week at the copiers, and it sounded like a manufacturing line out there. So, that was the main need: to have all of our documents digitized where everybody in the company could have access to the invoices at their fingertips and be searchable in various forms. And also, to have a work flow because we were approving non-PO invoices via email and that, I mean, you can imagine how well that worked with a multi-billion-dollar company.

On top of all that, I had really no insight into how my team was performing or where the problem areas were. I had two metrics that I could get from Oracle, and they were how many invoices they keyed per month. That was really it. I couldn’t really glean any information from that.

Esker: You mentioned manually entering things into Oracle. Would you have any problems with accuracy or errors in data entry?

Phil: Yeah, there’s a lot of room for error when you’re not using automation.

Esker: And how did you first hear about Esker, if you can remember?

Phil: Our VP of strategic sourcing was already talking to the Taulia folks, and I believe they recommended us using Esker. We already had looked at a few other systems, and when I saw Esker, I was pleasantly surprised. I don’t want to belittle the system, but I’m in my 50’s and the way I saw it, I viewed it as the big flip phone with the big push buttons that you see on that commercial. Everything was easy to use. It had everything we needed: the power to slice and dice, process invoices, do the workflows and reporting capabilities. We also needed something that was user-friendly because, based on my experience with system implementation, user acceptance is the greatest fail or pass of an implementation. So far, we’ve passed most everything on this because of the ease of use.

Check out Part 2 of this post to learn more about Keystone’s implementation process and the way Phil is using automation and reporting to inform the way he manages his team.